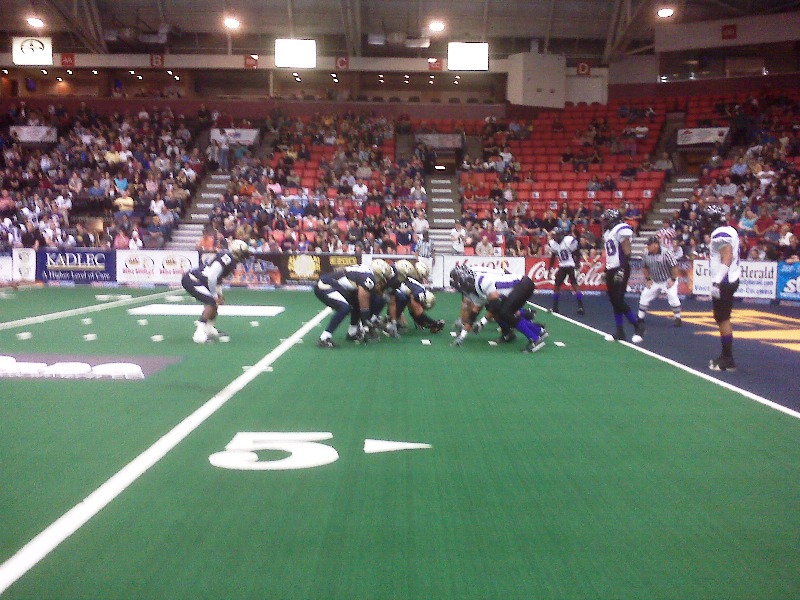 The revived Tri Cities Fever indoor football team played their season home opener in Kennewick’s Toyota Center against the Kent Predators on Saturday night. The first half was exciting with each team answer the other’s touchdown and at the half were at a 35-35 tie. After the halftime break the Kent Predators looked refreshed and proved that point with several unanswered touchdowns, meanwhile the Fever’s much smaller line was worn out after battling the three behemoths of Kent’s center and two front linemen. For the most part it was an exciting game the first half, but it became obvious quickly into the second half that they were not gonna come out victorious. We’ve definitely got some speed, but in this particular game that didn’t mean much. Let’s be hopeful that the next home game scheduled for April 10th is a better one for the Fever!